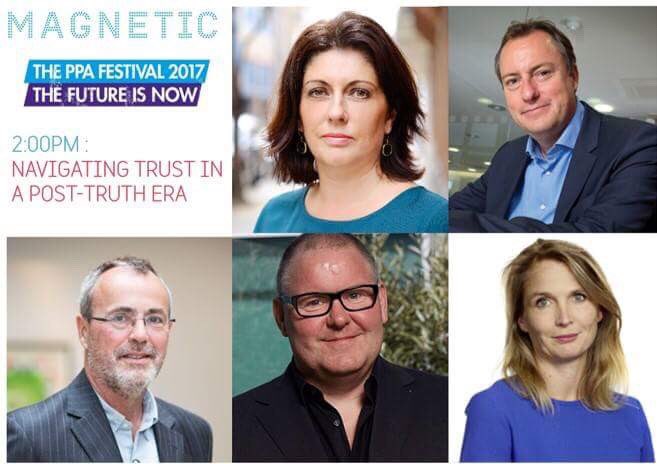 This Magnetic panel session at the PPA Festival took a look at the big theme of trust, moderated by Dominic Mills, the journalist and media commentator.

Mills began by talking about Facebook’s current national newspaper campaign to help readers spot fake news stories. Asking if this was anything more than a cynical, box-ticking exercise, or “sticking lipstick on a pig”. He moved on to subjects including the advantages for established media channels in building

media channels in building trust, media owners being more proactive, brand behaviour and borrowing trust from channels, where magazines fit into the picture and also introduced the new initiative from Magnetic, working with MediaCom North, to look at research focused on trust and the media environment.

Chris Broadbent, chief operating officer, MediaCom North: “We’re pleased to be partnering with Magnetic, our measurement team are looking to quantify the value of the environment in media, to understand the importance of trust in the context of media brands and channels. It’s early yet but where magazines seem to fit in is that they are totally transparent, provide expertise, and offer established credentials, which puts them well up the leaderboard. But then channels such as PR and SEO also seem to score highly on trust because they are not considered as paid for. And TV is high up there because of scale.

But then channels such as PR and SEO also seem to score highly on trust because they are not considered as paid for. And TV is high up there because of scale. It looks to be good news for magazines in terms of uniqueness but we can’t hide from the fact world is changing.

James Wildman, chief executive, Hearst UK: “We need to establish something like a Trust Quotient, grounded in data and proof points, because you instinctively know you’ll sell more products at a higher premium if the brand is trusted.

Trust in magazines comes from professionally produced, personal engagement. There are a lot of parallels between news brands and magazine brands. I don’t feel desperately in competition we should collaborate strongly.”

Abby Carvosso, group managing director, Bauer Advertising: “People are talking about trust in the ether but when it comes down to it, conversations are about short term goals. These are based on giving an action and it’s very hard to give brands an action if you can’t build engagement over time. Trust is talked about but I don’t think in reality it’s played into the business. Ultimately, trust in magazines is about understanding audience, by starting with the consumer you get trust. And magazine brands provide strong premium content, checked and triple checked.”

Sue Todd, chief executive, Magnetic: “Collectively, as an industry, we have a challenge. To build trust you earn it and environments can do this. My aim is to place a value on this, to quantify and move away from the conceptual because, at the moment, there’s no real way of factoring trust into the value of media.

The prevailing theme is ‘how do you put a value on environment and context?’ We have to be honest about places where it’s stronger and weaker. The signs are good for magazine brands because the rise of people being dubious about fake news has benefitted the magazine news brands – The Week, The Economist, Private Eye – because people clearly trust them.”

The panel concluded with a discussion around actions need for a new currency and opportunities for magazine brands due to the gold standard measurement of ABC and NRS that will be enhanced by investment in PAMCO. 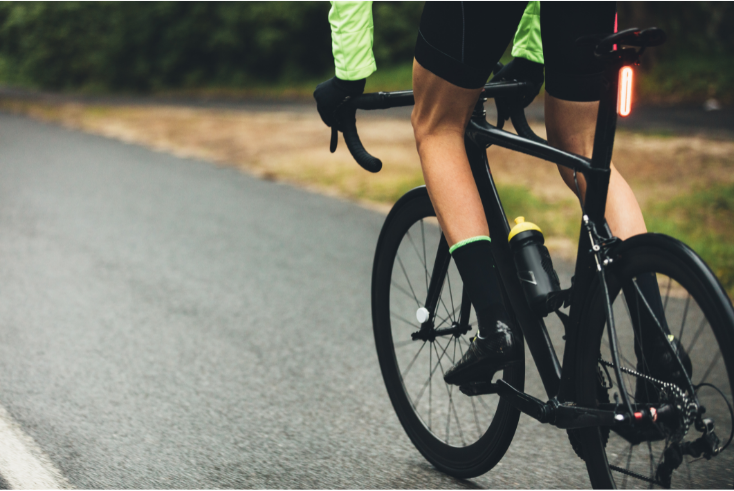 This article originally appeared on Mediatel here Passions matter to consumers and tapping into them delivers better outcomes for media owners and advertisers, writes Duncan Tickell, CRO at Immediate...