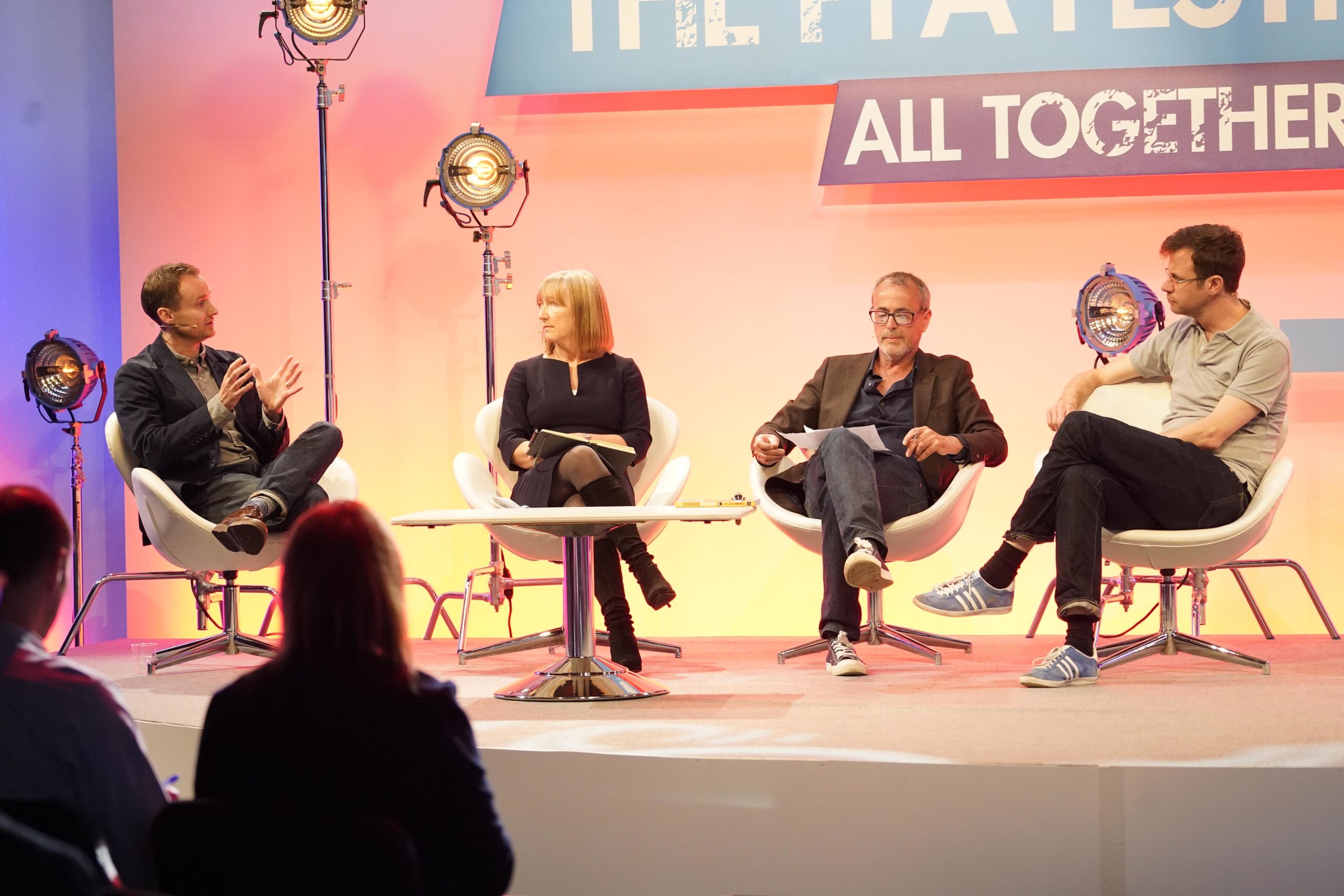 If you didn’t make The PPA Festival down at Tobacco Dock, Magnetic hosted three sessions across the day. Here’s what you missed.

SESSION ONE: BIASES AND BLIND SPOTS

Magnetic’s activity at the annual PPA Festival kicked-off with a session focusing on how human bias impacts media planning and buying decisions, and perceptions of magazines as both a brand building and ROI medium.

Sue Todd, the CEO of Magnetic, set the context of collective action as a theme for the PPA event and introduced research from the media consultancy Ebiquity, on behalf of Radiocentre, that suggests a need for the re-evaluation of traditional media’s role.

“What’s driving the disparity between perception and reality?”, she asked, before introducing Richard Shotton, the author of new book The Choice Factory, and Deputy Head of Evidence at media agency MGOMD.

Shotton’s talk used examples from the sporting world to illustrate how people interpret events differently, and showed how psychologists have discredited the existence of “naïve realism”, interpreting events in a neutral fashion.

Showing instead that people view the world through the lens of their existing beliefs. He then related this to marketing and media, and two widely held beliefs. “The first – what is new is better. We’re obsessed with fads and fashion. We use the warped logic that because the world has changed a lot, because we now have the internet and mobile, what was once effective can no longer be powerful. This is flawed because, though tech may have changed, human nature is remarkably consistent.”

The second belief is based on safety in numbers. Shotton used another sporting analogy, of goalkeepers wanting to preserve their professional reputations when attempting to save penalty kicks, and related this to decision-making in marketing: “We’re biased towards safe behaviour, if we follow what everybody else does and a campaign goes wrong then there’s no blame, but if we deviate from the norm and a campaign fails there is no safety. So it’s herd behaviour.”

Shotton’s talk concluded with the thought that “if we want to influence professional decision makers we shouldn’t just do this in a rational manner, with data. We need to attack the emotional causes of these biases, to see significant changes in behaviour.”

The panel continued the debate around bias, striking a balance between emotional and rational persuasion, the need for greater insight into consumer attention and behaviour, and the role of magazines in delivering a strong context for brand building advertising and providing ROI.

Florence argued that time pressure is a major factor in the need for the re-evaluation of the role of media channels: “Biases exist of course, and the world is changing so fast that some of these biases are perpetuated by clients putting some people under more pressure.

“Our job’s simple as a media planner. Take a media brand and a product and put it together with people. What’s great about magazines is they can form the connection, because advertising is part of magazines. The best thing is that you can get high attention and entry cost is almost half of other great attention grabbing media”

Morag Blazey said: “There’s a blizzard of information, where do you turn? You’re under pressure to do things quickly so you resort to instinct and what you think you know already.” Talk then turned to using an emotional appeal to tackle people’s biases.

Shotton said: “When we advise clients, I don’t know anybody who would say talk about the facts of the beer, the calories and the hops, they’d sell it emotionally. Trade bodies and others should do the same, attack the underlying beliefs and talk about emotion working.”

Blazey: “Yes they did, but not in terms of perception by agencies. People talking about them say they don’t perform well on ROI because readership has declined or that they wouldn’t trust magazines as a brand building medium because nobody’s reading print anymore. That’s about fashion and hyperbole, and a shortcut to planning activity.”

The session concluded with advice on how magazines and other media can tackle bias in the planning community.

Shotton said: “Bias is essentially human nature, it’s not people being abhorrent, it’s people behaving like humans. Once you understand this it gives you tactics to address it. Yes, you need a logical case but it won’t be enough. Reveal or parody the love of novelty. Rather than give more evidence and numbers, attack the route cause and ridicule the following of fashion.”

“In consumers’ minds, the perceived power of an ad is linked to the perceived cost of an ad. ‘As seen on TV’ or ‘As seen in Marie Claire’ has a cachet Facebook doesn’t have. Some research around this would be very welcome.”

Blazey’s solution was research-based too: “Consumer research, understand how consumers interact with magazines, and how they do online, and pull together for agencies to understand how people are behaving.”

Passion was on Magnetic’s agenda at the PPA Festival, with a session focused on understanding how brands can make the most of the evolving ‘identity economy’.

An expert panel, whose own passions ranged from collecting Donald Duck figures, through to yoga and photography, provided the insight but first, Sue Todd, Magnetic’s CEO , introduced Douglas McCabe, the CEO of Enders Analysis, to talk through the initial findings of a new report. The full research will be available in the autumn.

The Identity Economy and Media Marketing

McCabe introduced his research with a point about personalisation and hyper-targeting that “ignores that we are social animals not isolated individuals.”

One of the problems of “atomised targeting” is that it’s not the best way for advertisers to capitalise on the trend that is seeing people spending more time and money on their passions, such as fashion, travel, and gadgets.

Early highlights from the research include:

In light of this, McCabe said: “Magazines represent the best content and environment for consumers to indulge and provide the best media targeting, because they offer the right proxy for brands to win – an environment for like-minded people. But marketing is drifting away from this when it should be moving towards.”

“I see passion as energy, it creates a power that leads to emotion, and encourages our consumers to take action,” she said.

Time Inc.’s own research shows that people are 58% more likely to notice an ad in a magazine related to their passion than anywhere else.

The real issue, Wigginton argued, is how brands and agencies can access this power. “I’d like to talk about my work passion, I love PAMCo. It’s a tool we can all use to unlock passions and activate from a planning perspective. It shows the influence magazines have, provides a foundation to do a cross-media campaign, and more accurately identifies the role each media channel is playing.”

The panel discussion saw Sue Todd asking questions around audiences, and the opportunities for advertisers who connect with audience passions. Critically, why aren’t advertisers following behaviour?

McCabe said: “Advertisers are following each other’s behaviour, they’re worried about missing out on big platforms like Facebook, but Facebook is not of itself necessarily a passion environment, not the perfect way to communicate to people with a shared community or passion.”

Nicky Holt, Group Commercial Director at Bauer Media, said: “It’s about bringing the humanness in. We’re living in a world of automation, complexity and speed and sometimes the real human bit of understanding consumers and matching campaigns is complex, hard to do, and a leap of faith.”

Wigginton added: “There are advertisers who do get it, and are really taking advantage. VO5 was really keen to sponsor the NME Awards and build its connection with the passion of music, and this has converted directly into purchase. I suppose it brings back the old ‘segmentation’ word, about creating clusters of like-minded people and targeting based on that mini-community.”

One practical step Wigginton suggested is to provide planners with hands-on experience of passion points: “ We placed TV magazines with planners and asked how their behaviours changed, and they started watching the best TV ever. It’s about taking our passions to planners.”

And how can magazines take better advantage of the ‘identity economy’?

McCabe said: “What you have is an audience that’s fully engaged, immersed. Your starting point is the user passion and then you can move into different parts of the supply chain of that industry. Now you’re in a world where tens of millions in magazine sales and advertising revenue becomes a share of billions.”

The session concluded with a clear explanation of why passion pays for advertisers from Nicky Holt: “Identity is increasingly important, and people who are passionate are also naturally energetic, happy to put more money and effort into things they love. But work with us on partnerships, not just advertising, and single campaigns. This is more long-term.”

The issue of trust has preoccupied the advertising and media industry for some time now. At the 2017 PPA Festival, Magnetic focused on the topic with a session that considered the connection between trust and context.

Magnetic presented research, conducted by MediaCom, that looks at this relationship, and at consumer trust in magazine media.

Sue Todd, the CEO of Magnetic, opened the session with a message of some hope from the latest ‘Trust Barometer’ survey from PR firm Edelman, which shows a “bounce back for journalism and traditional media.”

She then introduced Ffion Turner, the Business Science Director at MediaCom North, to explain what the research said about consumers and their trust in magazines.

Key findings from the research include:

Magazine media is the most trusted of all media.

The T-Score then looked at what drives trust.

This showed that magazine brands deliver against the factors most crucial to trust. Scoring especially well on relevancy and meaning, and reliability and ethics.

Anna Sampson, Magnetic’s Insight and Strategy Director, then explored some of these specific findings in greater detail. She said that relevancy accounts for 31% of trust. “And that’s important because relevancy is linked to hard business outcomes, and because media often struggles as a whole to drive relevancy.”

Sampson then detailed the impact that PAMCo, the new audience measurement for publishers, will have in helping brands to establish the impact of trust.

The talk turned to whether trust and relevancy is scaleable. The answer, according to PAMCo, is a firm ‘yes”.

Magazine media reaches the following numbers, with a corresponding trust score among people who are looking for a trusted source of information.

Sampson concluded that “what the four sectors have shown us is a pattern of magazine brands being trusted for advice and inspiration. But what does it mean for advertisers?”

She said that Magnetic research and case studies provide clear evidence of a “rub effect” in that trust in magazine media, across all platforms, builds trust for brands. This is in a range of 64% to 94% according to Magnetic research including brands such as ghd.

The session finished with advice from Ffion Turner to agencies and their brands: “There’s a disconnect between planners and consumers, we need to get out of the media bubble and ensure the consumer is at the heart. Make sure what we do is relevant and has meaning, and understand that context is critical.”

*Putting Trust in Context can be downloaded from the download panels on the article page, for more information regarding this study please get in touch at insight@magnetic.media 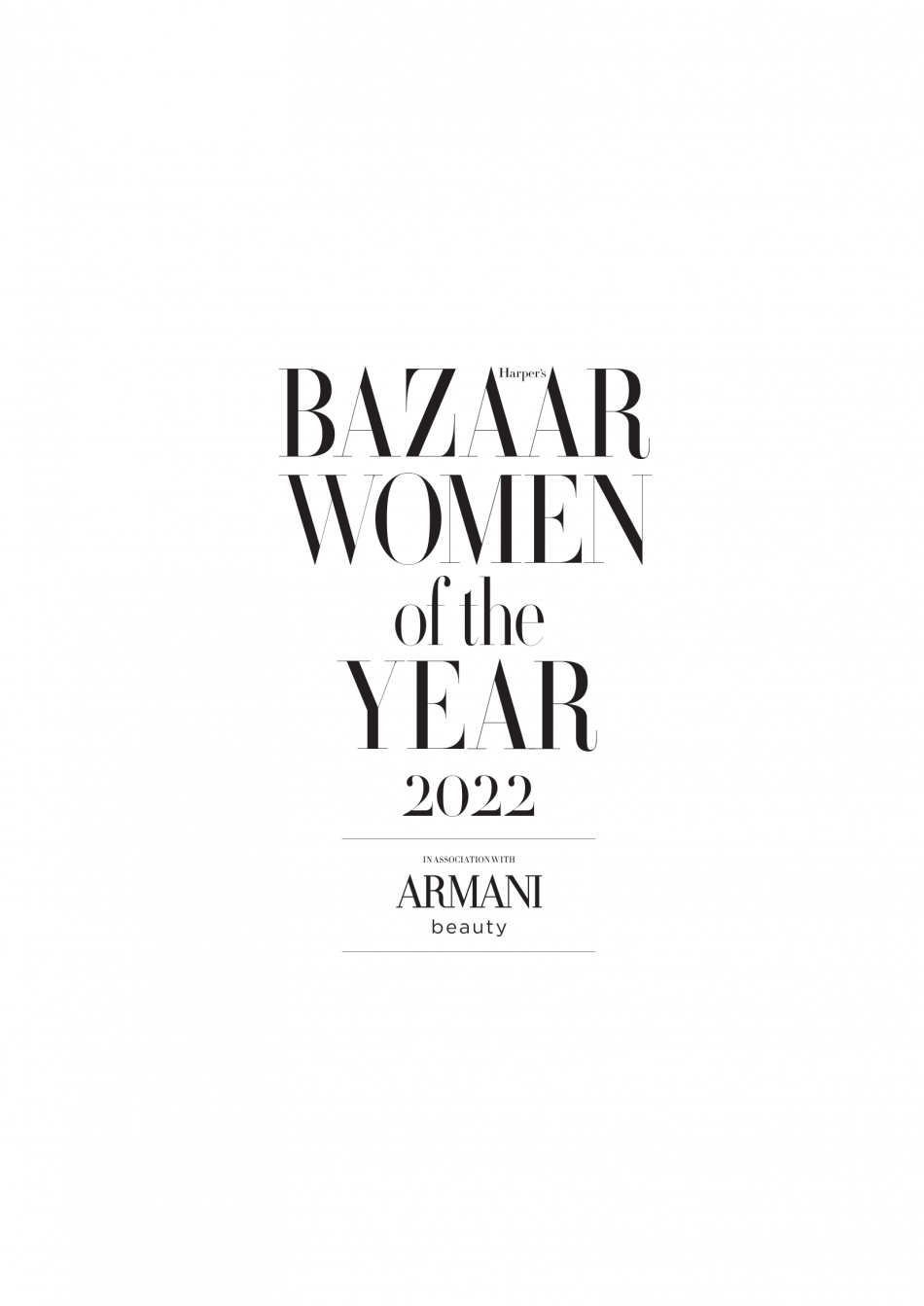 Hearst UK, announces Armani beauty as headline sponsor of the Harper’s Bazaar Women of the Year Awards, as it returns on November 10th for the fourth consecutive year. Launched...