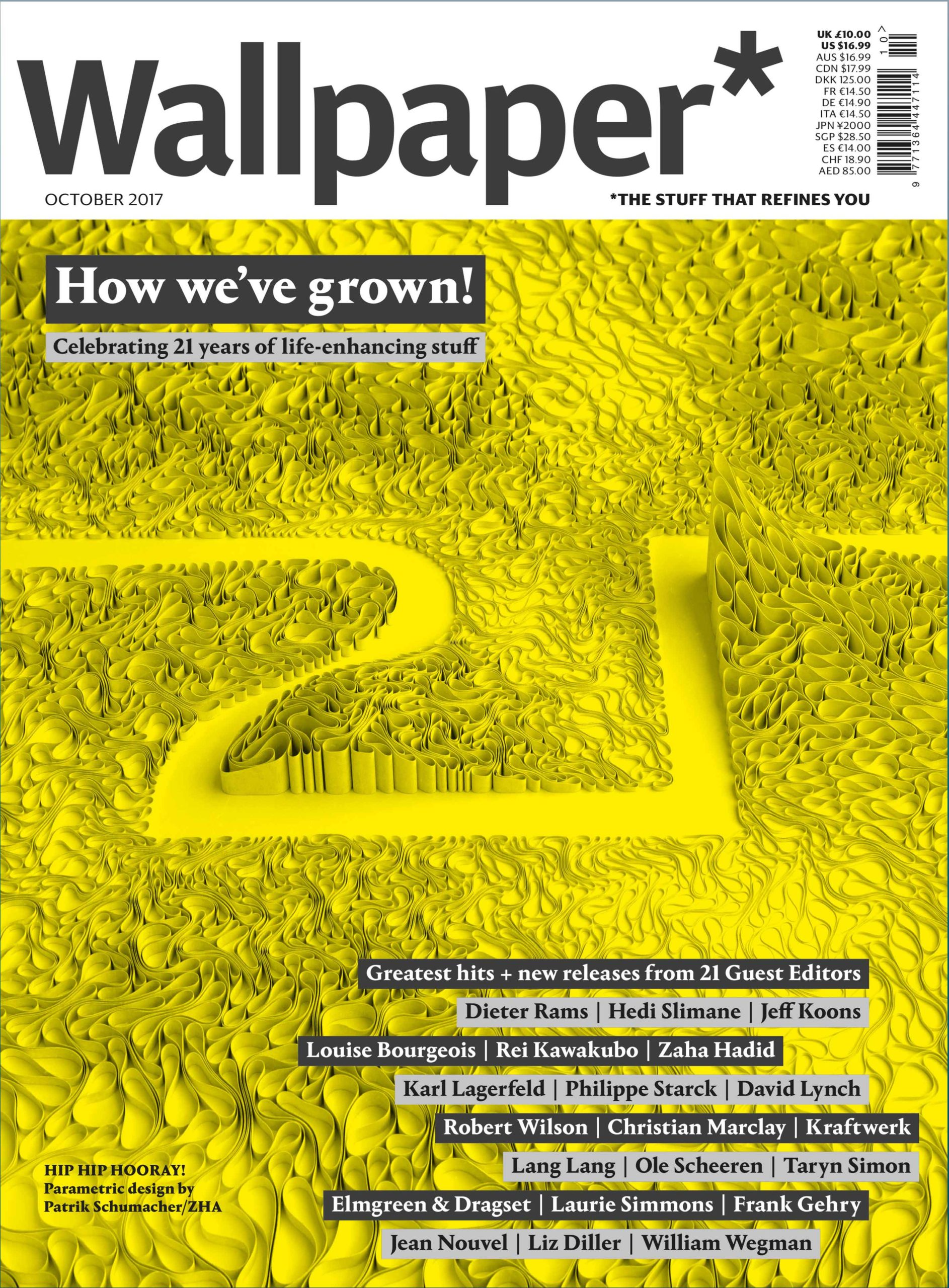 Wallpaper*, the international design, fashion and lifestyle brand, is celebrating its 21st birthday with the biggest, heaviest magazine it has ever published.

Online celebrations are similarly heavyweight, with a large-scale immersive digital feature that showcases the work of 21 world-renowned creative luminaries who have guest-edited the magazine over the past decade.

That success is reflected in an increase in the quality and weight of the paper stock and an increased investment in the digital offering.

All future issues of the magazine will have the new paper stock, increasing the premium feel with Woodfree Coated Galerie Art Silk 350gsm on the cover and 100gsm UPM Star for text.

For the digital celebrations, Wallpaper* has reimagined the original work of its 21 Guest Editors, who each produced a cover and a 20-plus page section of the magazine. The digital team has added a range of treatments and animation to create 21 unique large-scale online features. This reworking, available on Wallpaper.com, gives an extra immersive dimension and exploits digital techniques at a scale seldom seen in publishing.

In print, Wallpaper* revisits the Guest Editors’ ‘greatest hits’, such as the time Zaha Hadid ‘put a big hole in the magazine’ and Karl Lagerfeld created a peelable cover, and reveals some ‘new releases’ from a selection of the collaborators.

Tony Chambers, Wallpaper’s brand and content director, says: ‘Wallpaper* has truly come of age – the very model of a modern 21st century media brand. Print, digital and the experiential working in perfect harmony. The print edition is a truly luxury product and Wallpaper.com takes the content to a totally new level.’

Anthony Thornton, Wallpaper’s new digital director, adds: ‘Wallpaper* will be ramping up its digital activity over the coming months and this project to celebrate the 21st birthday and our iconic Guest Editors signals our ambition. It has been weeks in the making and owes a great deal to the enormously talented in-house team. Design fans are going to love it.’