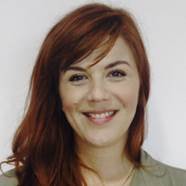 Lindman is one of the industry’s most highly acclaimed creative directors. After nearly two years in research, she saw through the production of her first Axe commercial. Lindman led BBH’s pro-bono "Soho not SoSo" project, campaigning against Soho’s gentrification with 20 global artists including Sir Peter Blake. She has won an array of awards, including at Cannes, the British Arrows, the Campaign Big Awards and D&AD.