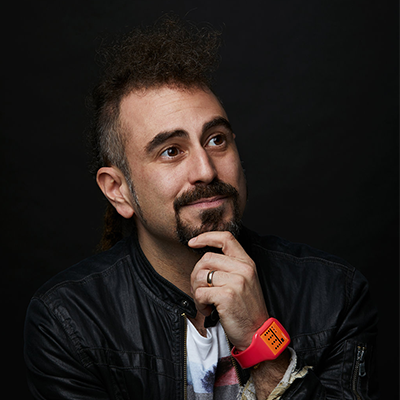 Faris began his career as a strategy consultant for digital businesses during the first dot com explosion. He moved into the agency world, eventually joining Naked Communications as their 20th employee. Faris worked for Naked in London, Sydney and New York, during their heyday, as a communication strategist and later as global head of digital.

Faris went on to be EVP Chief Technology Strategist at McCann Erickson NYC, tasked with ushering in their digital transformation, which led to them wining their first ever Cyber Lion at Cannes. Subsequently he was appointed Chief Innovation Officer of MDC Partners, a network of best in breed agencies, including CPB, Anomaly, 72 & Sunny and kbs+.

Deployed within kbs+, he established a social team and developed the social products and services, helped start the content team, and co-founded creative technology boutique Spies&Assassins.

Faris was a founding member of the IPA Social Committee, is on the global advisory board of Social Media Week, and has judged numerous award shows, including the social category for the Effies. He helped the London International Awards to create and define the NEW category to reflect and highlight innovation in the industry. He has been blogging and involved in the ongoing discussions around social in the industry for almost a decade.

He has written about social media and marketing for Campaign, Fast Company, Forbes, Contagious, Canvas8 and Age of Conversation books. He has spoken on social, digital and innovative marketing all over the world and his thesis on the future of brands won the inaugural IPA President’s Prize.