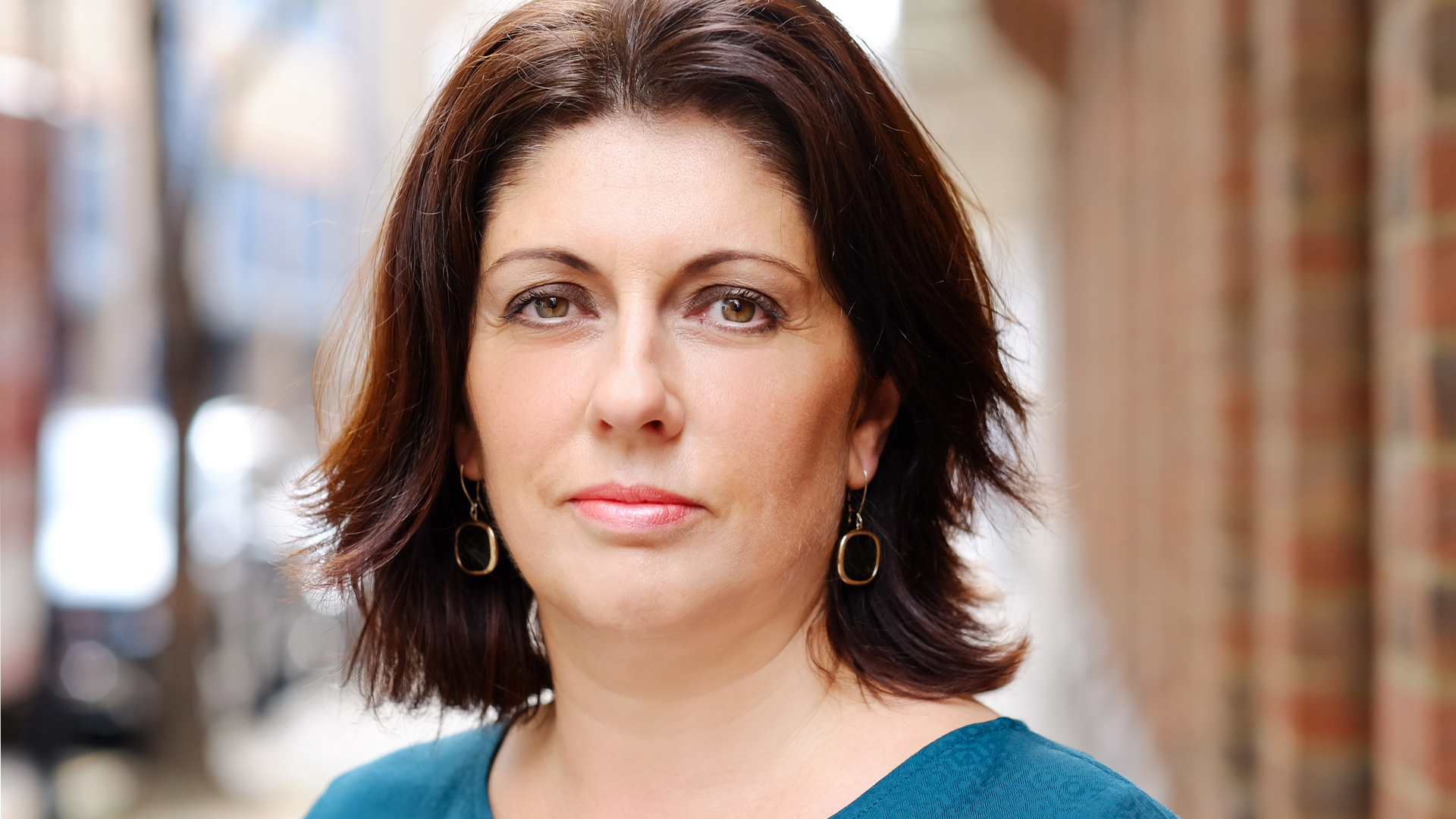 Three years in, Sue Todd explains the work she is undertaking to challenge adland’s perception of magazine media. Interview by Michaela Jefferson

Before the internet brought the world to our fingertips, magazines were the kings of content. Responsible for shaping the opinions and lifestyles of everyone from fashion fans to rebellious teens, magazines were also, crucially, filled with ads.

However, the ushering in of the digital era has transformed the industry and the new narrative is one we all know well: print is dying, whilst digital media – with its ability to micro-target millions of consumers at the click of a button – is gobbling up the ad spend.

As adspend has vanished, so have magazines. NME, once the most iconic music magazine of the twentieth century, closed its print operation in March this year after 66 years. Time Inc (now TI Media) brought its glossy women’s magazine, Look, to an end in May. There are dozens of other high profile examples; most recently, Glamour and InStyle brought their print operations to a close.

Three years ago, seven consumer magazine publishers (including Bauer, Hearst and Time Inc) sought a revival and founded the magazine marketing body, Magnetic, to persuade brands and media planners to once again invest their advertising budgets into their publications.

Tackling the problem of planner bias

According to research released in March this year by Ebiquity and Radiocentre, traditional media are undervalued by industry decision-makers despite being considerably more effective for brand building when compared to online video and social media.

Todd is quick to acknowledge that bias is a big problem. Many media planners are too young to recall the glory days of magazines and are more familiar with Facebook, Snapchat, Twitter and Instagram.

More so, with the majority of agencies based in London – where people rent, commute, have less disposable income, tend not to talk to strangers and work in offices – Todd laments the bias engendered by the “London media bubble”.

“We need to remind media planners that the London media bubble isn’t how all media is consumed,” she says.

Hence, ‘The Lab’: Magnetic’s “advocacy and engagement programme” for up-and-coming execs in the media industry, an immersive forum exploring the craft and influence of magazine media.

Just 50 places are up for grabs; Todd is proud to say that now, three years in, she receives at least 3x the applications.

‘The Lab’ is key to Magnetic in ensuring that 24-30 year old media planners fully understand the world of magazine media. Successful applicants meet editors, journalists, and spend time in the offices of the mag brands they’re most interested in.

“We have to remind them that not only are there an awful lot of people their age engaging with magazine brands, but that they themselves enjoy them too,” Todd says. Part of that bias-removal process also includes reminding planners that magazines are no longer solely read in print.

According to Todd, the reality is that demand for magazine content is going up, not down. She insists that she’s been saying that since she started the job, but now she has proof: PAMCo.

The new data currency, jointly funded by newsbrands and magazines and a modern replacement to the NRS, displays cross-platform readership figures for the first time. It’s a game-changer for the publishing industry, as the numbers now reflect the reality of how readers are consuming news and magazine content across mobile, tablet, desktop and print.

Take the women’s magazine Cosmopolitan. According to ABC circulation figures, it had an average monthly print circulation of just 343,000 between July and December 2017. However, PAMCo reveals that the magazine had an average, de-duplicated monthly total brand reach of 3.3 million people between April 2017 and March 2018, 2 million of which came from mobile.

Though still early days, with PAMCo only having released its second quarter of data last month, the currency reveals a healthy total brand reach across the board for magazines – in spite of declining print circulation.

As such, Todd says she is confident that all signs point to investment and planning behaviour changes by the end of the year.

“The narrative is changing at the highest level,” she says.

“People are starting to write about the opportunity PAMCo affords planners, clients and published media.”

Now, there’s “ground work” to be done “beyond the broad PR and headlines”. We should expect to see much more from Magnetic, Todd says, as it works to make sure that planners and advertisers understand how to use this new data to structure clever, effective campaigns.

PAMCo isn’t the only joint project conducted between magazine and newsbrand publishers over the past few years. Once fiercely competitive with one another, the rise of Facebook and Google has seen newspapers and magazines struggling alike – so they have increasingly worked together to promote the power of context in advertising and the security of the print environment.

Other joint projects include “Solving the Context Crisis”, an event held by Magnetic and Newsworks in collaboration with Mediatel last November.

With that in mind, I ask Todd whether she thinks it likely that any magazines would take up the offer to join ‘The Ozone Project’ – a joint digital sales house between newsbrand publishers News UK, The Guardian and The Telegraph, announced last month.

At the moment, she says there are no plans to do so.

“Certainly I think the principle of joined up behaviour is the right one,” she says. “I think magazine publishers will watch and see what happens, as it’s still early days.”

However, she feels positive about the possibility of further collaboration with legacy media channels, and is keeping an “open mind”.

“I think the days of people sitting in their own silo and constantly saying that they’re better and that everyone else’s work isn’t any good is just nonsense.”

The UK trade bodies are some of the strongest in the world, she says, and has seen some “very good pieces of research” released that are of benefit to the whole advertising industry.

“I’ll leave it to the media agencies to tear apart which of the surveys they most believe,” she wryly adds.

Whilst on the subject, Todd tells me that Magnetic is currently in the middle of its own research project about the power of passions in advertising, in collaboration with Douglas McCabe at Enders Analysis.

So far, the report reveals that 90+% of new discretionary spend has come from “identity categories”. Therefore advertisers and media planners should be investing adspend in media that strongly reflects social identity – like magazines, Todd says. (Read the full story here.)

Todd makes a point of defining “identity categories” – they’re more than just hobbies, she says. Consumers are passionate about fashion, sport, entertainment, gadgets – as spend on passions increases, so should advertising against passion related content.

Why, then, is the trajectory of ad revenue so disconnected from what consumers are doing?

“Part of our job is to constantly challenge and talk to advertisers about the missed opportunity that represents,” she says.

Much of Magnetic’s work over the past three years has been to highlight the value of contextual advertising – though, Todd says with exasperation, it should be obvious that placing a car ad next to a piece of content about cars is a good idea.

Nevertheless, adspend on magazines continues to decline and titles continue to close.

At the PPA festival earlier this year, magazine brands discussed the ways in which they’re diversifying their revenue streams in order to stay afloat; they are now events companies, shopping channels, and are even taking on roles that have traditionally been exclusive to agencies.

Look at Hearst: when it isn’t busy publishing Good Living, Cosmo and Elle, it’s offering consultancy and events and even making TV ads.

Meanwhile, Immediate now owns a TV shopping channel, a jewellery making business, a wedding planning tool and is eyeing up a sewing and quilting market worth a billion pounds. Its published content is now a springboard to other ventures

Positive though it is to see magazine publishers reinventing their business models, some have expressed concerns that we are witnessing the beginning stages of a monumental shift that will see the “magazine” and its content becoming a secondary product for publishers.

Are mags due a revival; are the headlines due to change?

Although “there’s no pendulum swinging back”, she says that “a momentum” has been created by all of the marketing bodies representing established media leading to both advertisers and planners making a “slight reappraisal” about investment choices.

“You can tell the conversation has changed when people start repeating back the information you’ve been telling them for three years,” Todd jokes, and now Magnetic is working hard to build upon the momentum it has gathered.

“There’s a definite sense of pedal to the metal,” she says.

*this article was first published on Mediatel Newsline, interview by Michaela Jefferson @michaelaellen_