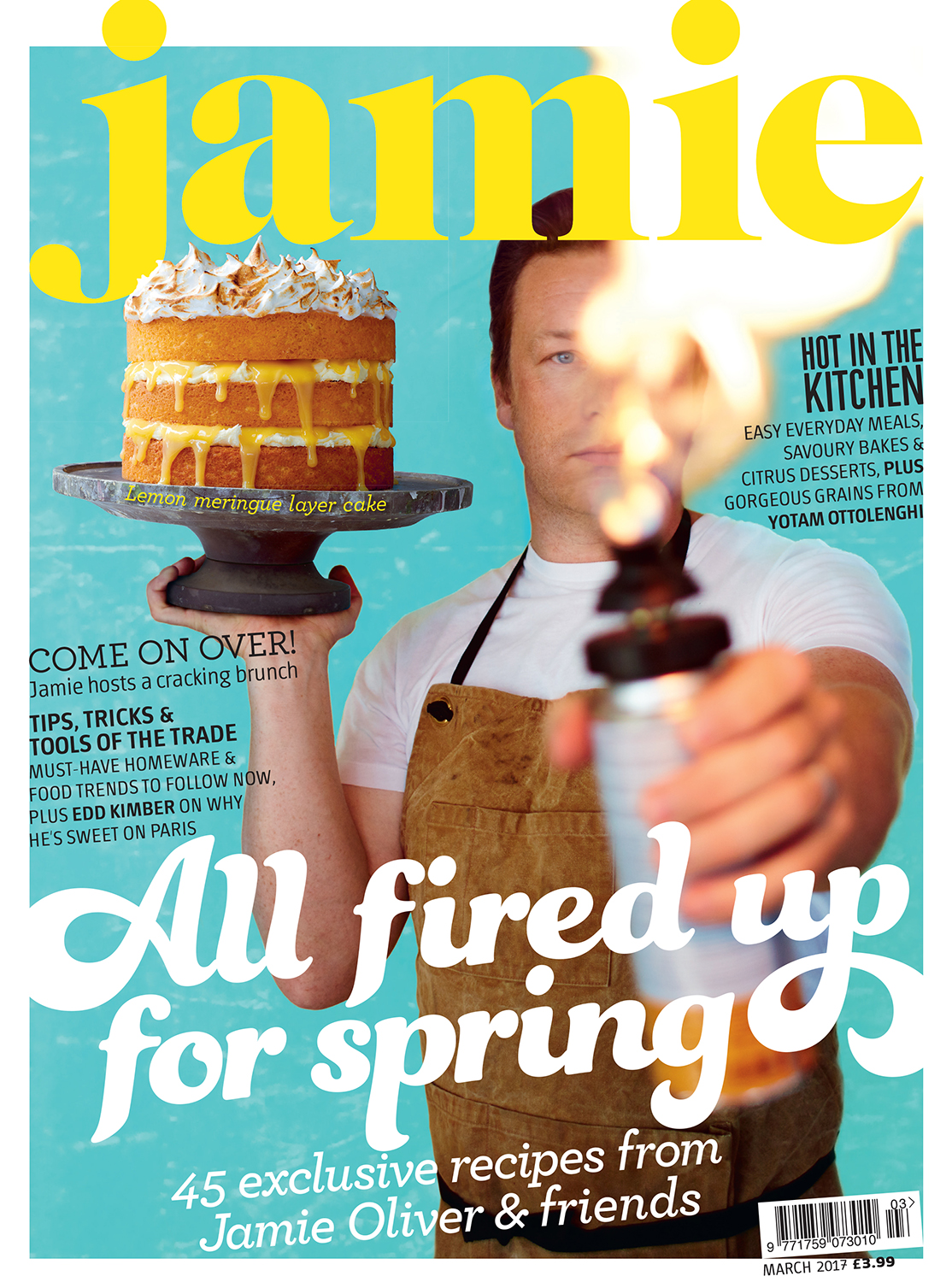 The relaunch follows eight months of extensive research and development by Hearst Made – Hearst’s content marketing division – after it was awarded the content publishing account for the magazine in September last year.

This is the first revamp for the magazine since its launch in 2008. Working closely alongside Jamie Oliver and new Editor Emma Ventura, Hearst has drawn on its consumer publishing expertise to reposition the magazine targeting the lucrative urban female ‘foodie’ market, and putting Jamie Oliver himself at the heart of the magazine.

From its March issue, the refreshed magazine will feature exclusive Jamie Oliver recipes, new contributors from Jamie’s circle of friends, including Edd Kimber, Georgie Hayden and Yotam Ottolenghi, as well as tips, tricks, hacks and ideas to inspire readers.

The magazine has also been redesigned to be 1.5cm taller to help it stand out on the newsstand, and will be heavily promoted at retail.

Jane Wolfson, Director, Hearst Made, says: “Hearst has a strong track record of delivering content which inspires and engages audiences and we’re delighted with this refresh. Jamie Oliver is one of the most well-known and best-loved celebrity chefs, and it made complete sense to us to put him at the centre of the magazine. The new look magazine will target a new audience of food-loving fans, and we will be drawing on our marketing and distribution expertise to ensure it reaches as many of them as possible.”

Jamie Oliver says: “I’m incredibly proud of the new look Jamie magazine and I’m excited to be relaunching it with my partners at Hearst. The mag feels fresh, exciting and super-relevant. It’s jam-packed full of content; from exclusive recipes you just won’t get anywhere else, to foodie insight from my trusted circle of friends who’ll be sharing the lowdown on food trends, where to visit, what to eat and so much more..”

Jamie magazine won International Consumer Media Brand of the Year at the 2015 PPAs, and reported a 5% period-on-period increase in the latest of ABC results. It is published by Hearst Made, Hearst’s content marketing division which is also responsible for Good Living, Asda’s customer magazine.

The relaunched Jamie magazine will be available from 01 March. Jamie Oliver will discuss the launch on Facebook Live on 6th March at some point between 5-6pm.