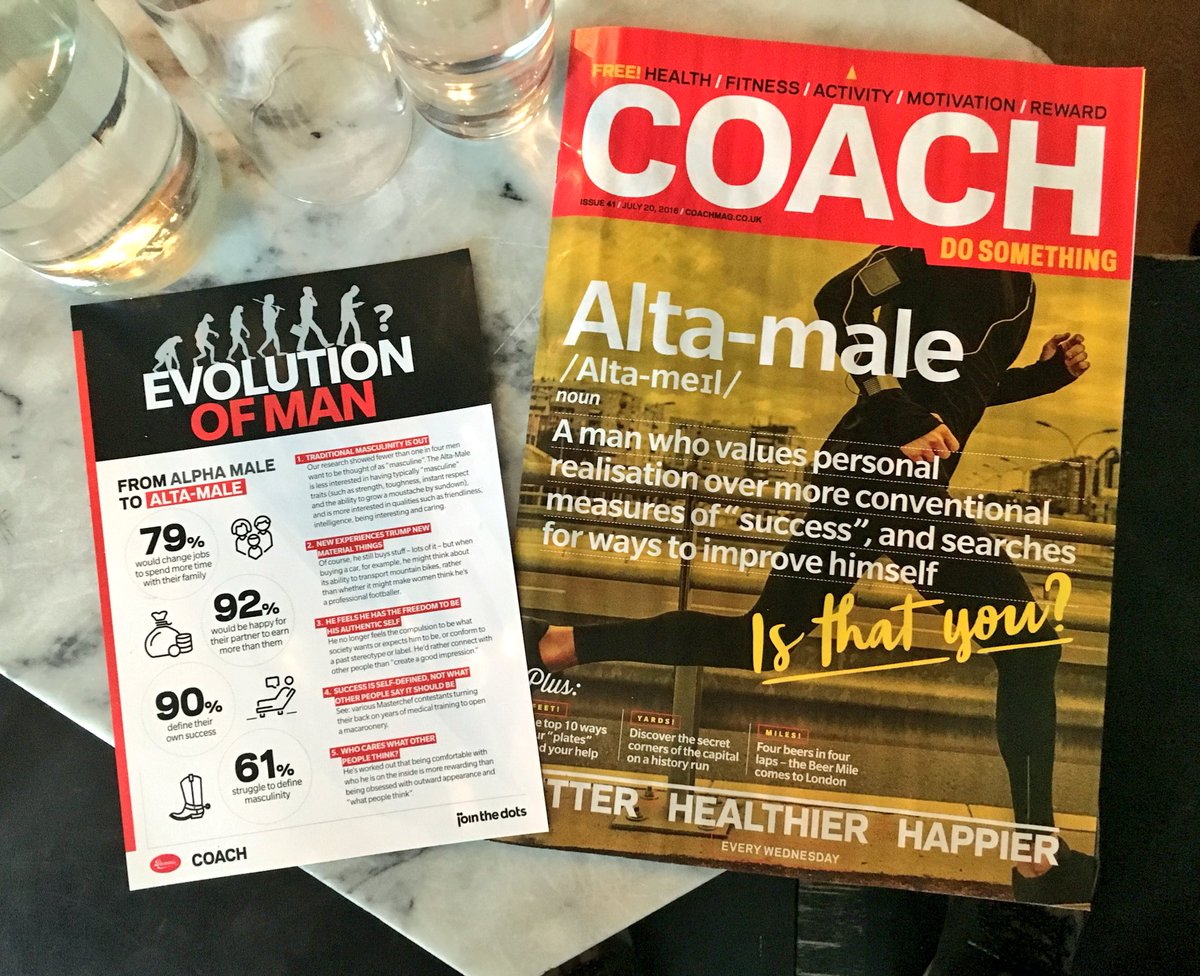 A new piece of research commissioned by COACH magazine, and conducted by Join the Dots reveals that 2016 is all about a new type of man – The Alta-Male.

To get under the skin of men in 2016, Join the Dots and COACH conducted an in-depth focus group with 21 men from across the UK aged 22-59. Taking this a step further the research saw almost 1,000 Britons quizzed about their habits and aspirations. Those surveyed represented a mix of sexual preferences, incomes, professions and interests – they even spoke to some women!

Ed Needham, Editor of COACH, said: “When we launched COACH just under 12 months ago, we did so to respond to a growing demand for content for men who want to improve themselves, one step at a time. Our goal was to help our readers be fitter, healthier and happier, without preaching to them about the latest gym trend they MUST try and an image they must aspire to. It felt like we had moved away from the Alpha-Male, obsessed with preening and being number one, to a growing trend where men want a more balanced, well-rounded life.

Needham continued:  “The emphasis for men today is on personal satisfaction over frantic career building, unrewarding social obligations and competitive car purchasing. We’ve called this person Alta-Male – “alta” as in higher – a step further up the evolutionary mountain.”

The research confirmed that in working out how to be a man in 2016, the majority of men have rejected imitating role models or taciturn fathers, and have instead opted to build their own identity, using the infinite possibilities that a digital society provides.