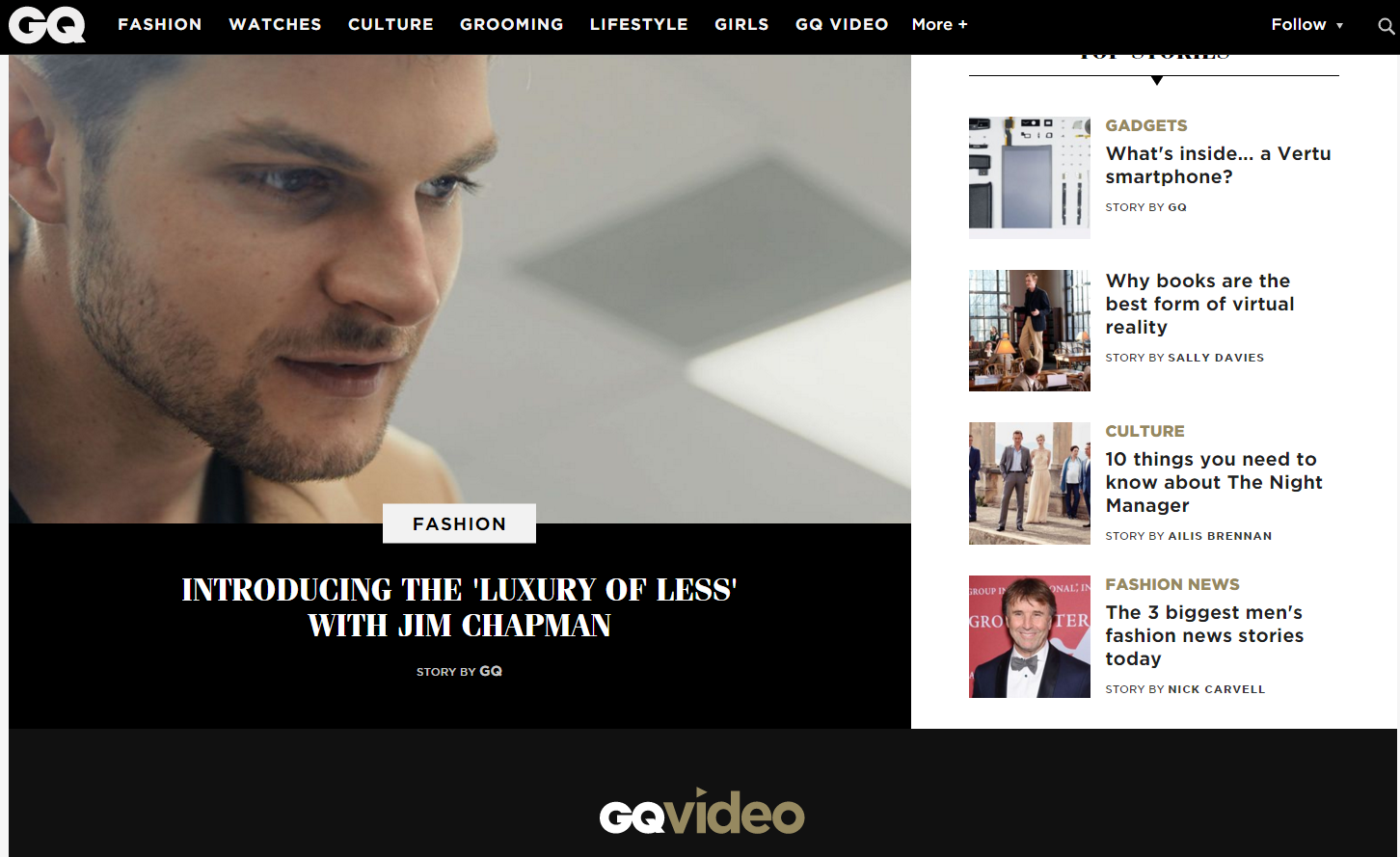 GQ has launched GQ video alongside a revamped website with a mobile first strategy.

The re-designed site is now live and the video channel launches today.

GQ Video launches as a dedicated channel together with a re-branded YouTube presence and debuts with ‘The Luxury of Less’, a 3 part series presented by Jim Chapman.

Danielle Bennison Brown, Director of Video Content, said: “Following the significant success of Vogue Video, we’ve enjoyed turning our attention to the GQ audience to bring them content derived from our cultural understanding of their lives combined with our access to unbeatable talent, and we’re looking forward to collaborations and partnerships to bring the viewer insightful, entertaining and talked-about footage.”